Yesterday was San Faustino Day in Italy, better known in the world as “The day after that disaster of Valentine’s Day“.
Yesterday was the Single Awareness Day.

And there are the spinsters.

A particular category of ladies who would wish a good guy, nice and hard worker, with which to raise a family, but, alas! , they are unlucky (ugly) and when you are unlucky the only thing to do is praying Saint Onofrio.

According to legend Onofrio was the Persian king Teodoro’s son but after his birth a devil said that he was a child of adultery of the queen. Since he emerged unscathed after the test of fire they believed the devil. Soon Onofrio decided to distance from humanity and become a hermit in the Egyptian desert, just wearing a loincloth of leaves and dedicating his life to prayer.

In Palermo San’Onofrio is a secondary patron and in 1568 a religious group dedicated a small church to him, in Via Panneria, litterally “the street of clothes” because in times past there were many clothes factories.
Obviously the church is very modest with some plasters and paintings, all dedicated to the saint. There are also a canvas painted by Giuseppe Salerno, named “The Clipped from Gangi” and a wooden sculpture created by “The Blind of Palermo“, both representing Saint Onofrio, named “Pilusu“, in sicilian dialect “Hairy“, because of the very very long beard.

This chuch seems a joke, I know, but Saint Onofrio is famous because has the power to find a husband for the spinsters! In ancient times (but maybe even now) there was a precise shamanic procedure to find this blessed soul mate in Sicily. Every evening for nine days, the ugl…ehm unlucky girl had to say a rhyme in sicilian dialect between a prayer and the other one to ask the grace to Saint Onofrio (who probably ruined when the first mad devotee found a husband indeed). During the recite she had to put a two-cent coin in the lock of any door. If the coin fell the request was satisfied!

Apparently Saint Onofrio is miraculous also if you lost something or for students who have to take an exam, because Onofrio helps to refresh the memory! 😀

Seriosly, even if in Sicily there are Facebook and Whatsapp, iPhone and PlayStation, for certain things Sicily is still an archaic place, lost in this disenchanted Western world, where you can still find who believe in magic.

This is part of the charm of this island and if it’s harmless it can’t become its condemn. I don’t believe in these things and even much more but when I listen the conversations of graduate and “normal” people, who talk about certain practices with tenderness and say that they work, without zealotry but with a blind confidence in these things, inscrutable for the reason, in this moments I don’t understand, with my reason, how two so different modus vivendi can coexist in a so fluid way. But my heart can’t despise them, it accepts and I think it’s comforting that humans sometimes preserve their humanity and find their reassuring practices, a bit childish, sometimes primitive, sometimes personal or traditional.

Decide you, for now I’ve written the practice to pray Saint Onofrio but I leave you with the words of the poet Kahlil Gibran:

“And think not you can guide the course of love. For love, if it finds you worthy, shall guide your course”

If you want to correct my English (please, be kind because I’m a sensitive person and I’m learning) or suggest something, you can write to fioredinespula@gmail.com 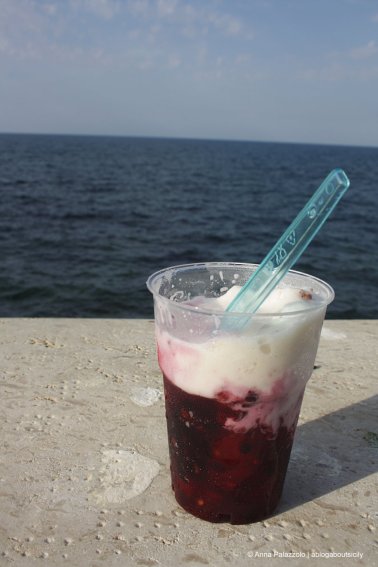 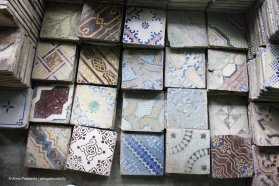 Old sicilian majolicas at an antique market in Palermo

Frederick III and his wife Eleanor of Anjou 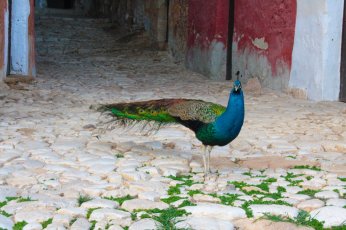 Peacock in the cave 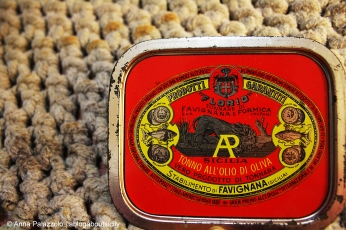 Old cap of tuna box from Florio’s tonnara, at Favignana. It’s won many prizes for their products.

Dinner in progress in the shade of carob tree – Mangiapane Cave, Custonaci

The typical trapanese pizza, the Rianata (on the left)

A king and a queen in Erice, Sicily 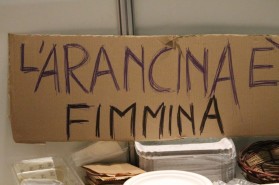 Sea from an ancient prison